A local historian friend, Peter Miller, provided copies of two probable ambrotype images, which appear to be from the 1850s. Peter was permitted to copy the originals from an old owner who claimed to be related to one of the pictured men, named Thompson. It is the machine, itself, that is the real subject and reason for these pictures to have been made! 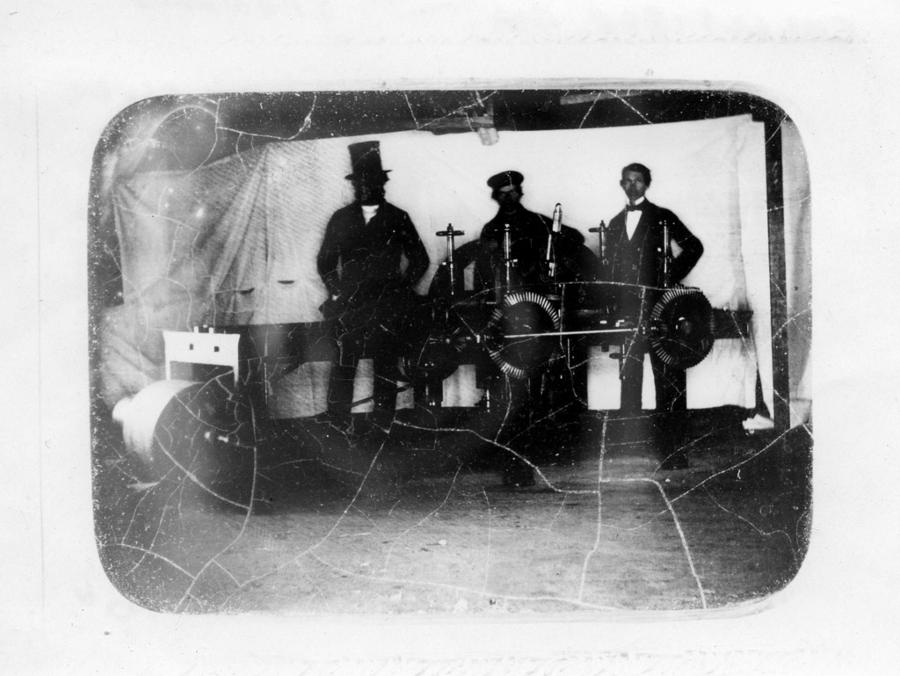 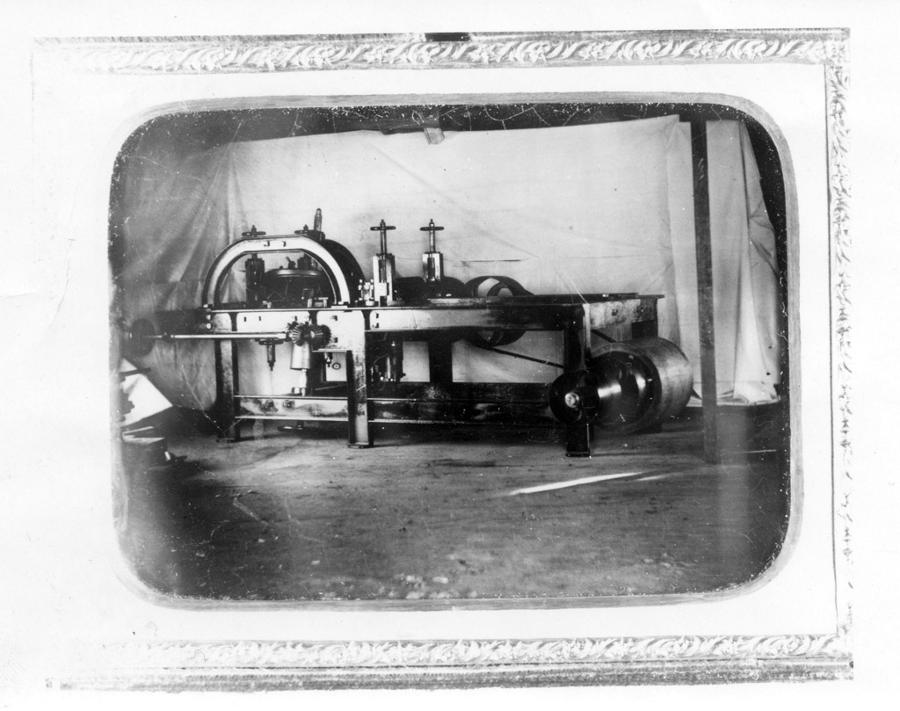 An earlier version of this post identified these images as daguerreotypes. We have not seen the originals, but agree with the comments two readers have made, below. Ambrotypes were albumen coated glass, and would account for the crack lines in these images. We now presume these to be ambrotypes.

Non-Human Subjects, from these years are Rare

Remember that in the 1850s, only professionals made photographs, and the vast majority were portraits, made at the artist’s studio. Taking photographs of a machine in a factory would have been a special and costly job. 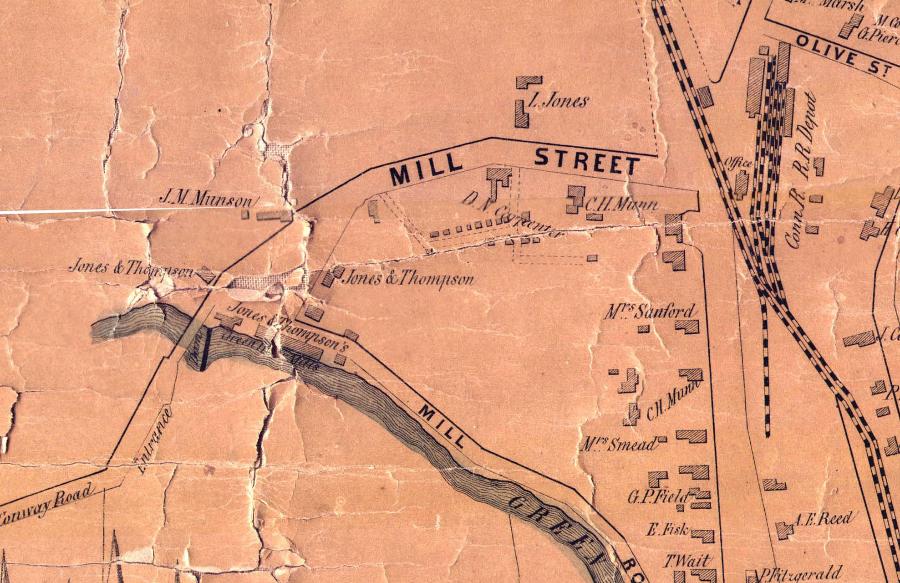 A company, named Jones and Thompson, operated most of our museum site in the 1850s. They ran a foundry and produced iron products. They also may have owned and operated the Green River Mills and dam. Lacking better information, we might easily imagine their metal industry as being like a large scale blacksmith shop. Maybe their products were just simple farm and trade tools. What did they really make? Did they supply a traditional market, or were they “high tech”? We knew little about Jones & Thompson, aside what we learned from the old maps. Is it possible that these two pictures might reveal a lost story?

Our President, Jim Terapane, followed a hunch and began searching U.S. Patents awarded to residents of Greenfield. He came up with this patent:

The Pictures Match the Patent Drawings

The patent application for this clapboard planing machine mentions three names. Edwin Jones as claimant, and witnesses Hugh M. Thompson and Charles Mattoon. How much of a stretch is it, to presume that these are the same men standing in our picture?
We could also speculate that these two expensive pictures were actually made to document the machine for its patent application. If true, these two pictures are almost certainly from 1856 and that makes them the earliest photographs we have of Greenfield’s manufacturing history!

What Else May Still Be Discovered?

Please imagine the excitement we feel, when discovering such a lost bit of history! First, an unexpected piece of our imperfect jigsaw puzzle appears and challenges us to identify it. Then, imagine our thrill when we discover this piece reveals a new detail of the past!
Help us! Keep your eyes open for more historic gems, such as this. So much is already lost to time, but who’s to say what still might survive and contribute to our historic “jigsaw puzzle”?