Twenty-one years ago Mr. Emil Weissbrod started the manufacture of wallets in the town of Montague, in a very small way, but by industry, square-dealing and good management he prospered, and four years ago bought the finely situated jail property in Greenfield, and transformed it into a wallet-shop and residence. The building represents in form a Latin cross, is 93 feet long by 50 feet wide, three stories high with basement.

From the front windows of the upper corridor a beautiful view is obtained of the western mountains and intervening valley, the winding river and wood crowned hills. Embowered amid the shade of stately elms, standing on an elevation which commands a sightly panorama of beauty, in a neighborhood free from turmoil, Mr. Weissbrod’s property is one greatly to be desired. The workshops are fitted up with all modern conveniences for the carrying on of a thriving business. The building is heated by steam and lighted by electricity, is airy, pleasant and staunchly constructed of granite and brick. The power is furnished by an electric motor and the building is as fireproof as it can be made. Nearly fifty hands are now employed.

About a year ago Mr. Weissbrod admitted two of his sons, Carl and Willis, as partners. The business is rapidly increasing and the goods made here, such as bankers’ cases, bill-books, letter-cases, gentleman’s and ladies’ pocket-books and cases, fireproof asbestos wallets, etc., are second to none in the market.

Weissbrod moved his pocketbook operation to the “Second Franklin County Jail” building in 1887 and the company continued to operate until its bankruptcy in 1932. It was located on the property at the corner of Hope and Prospect Streets in Greenfield MA. 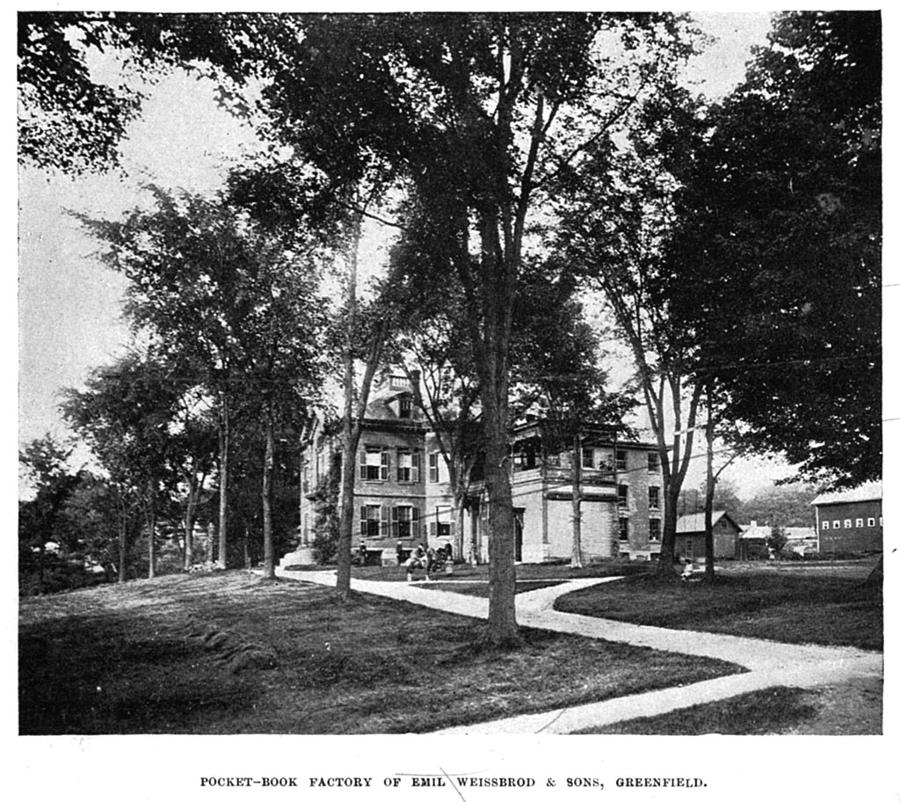