The product is five tons per day of fine writing, account book, wedding and card paper of the best grades, and about 200 hands are employed.

Pure spring water is essential in the manufacture of writing paper and this was secured by the Keith Company by laying a 12-inch iron pipe some two miles to the large spring at Deep Hole. 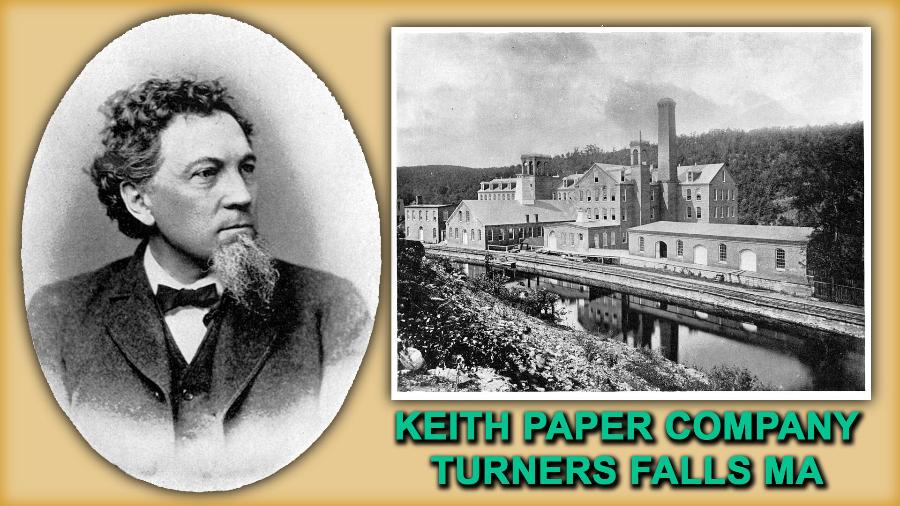 John Keith, Esq. was born Jan. 1st, 1828, at Dudley, Mass. At an early age he engaged in the stationery business in Worcester and later on added the manufacture of penholders to his business. In 1867 he was connected with the Valley Paper Co. of Holyoke for a year, and was afterwards with the Hampshire Paper Co., South Hadley Falls and Richardson “Upton & Co., Adams.

In 1871 he organized the Keith paper company at Turners Falls for the manufacture of writing paper and was president and treasurer of the same until his death Oct. 19th, 1886. He left a widow who resides in Boston.