Paper-making was one of the principal industries which the manufacturing city of Turners Falls was planned and laid out to encourage. Col. Alvah Crocker, whose career has been already referred to, on a previous page, was a paper-maker by profession, and his dream, of making Turners Falls greater than Holyoke was not alone in applied power, but in the manufacture of the best grades of paper, for which the Falls seemed every way as well fitted as the often-called “Paper City.”

Results have proved the correctness of Col. Crocker’s ideas in this respect as in others, and Turners Falls, next to Holyoke, is one of the greatest distributing points for paper in America, especially for printing (news) paper. Many of the influential and largest circulated newspapers in this country buy their paper by the hundred tons at the Falls and many of them are familiar with the reputation of the company which is the subject of this sketch, and whose mills show in the very elegant engraving on the opposite page. The publishers flatter themselves that anything handsomer than this in the line of manufacturing corporation views it would be difficult to find, con­sidering the alternations of light and shade, the sky and cloud effect, etc.

This engraving tells a wonderful story of corporate manufacturing success. To stand in Turners Falls, upon or near the bank of the canal and view the works of the Montague paper company, one cannot secure that comprehensive idea of the plant which is afforded by the prospect from the Gill side of the river, or from one of the islands in the river, where our artist obtained his view.

While the reader is informed that the present success of the Montague paper company is the result of but twenty years application he may he interested in these figures:

The Montague paper company was projected by Col. Alvah Crocker of Fitchburg and Edwin Bulkley of New York, in 1870, but it was not incorporated until 1871, being formally organized by the choice of officers, in May of that year, as follows : 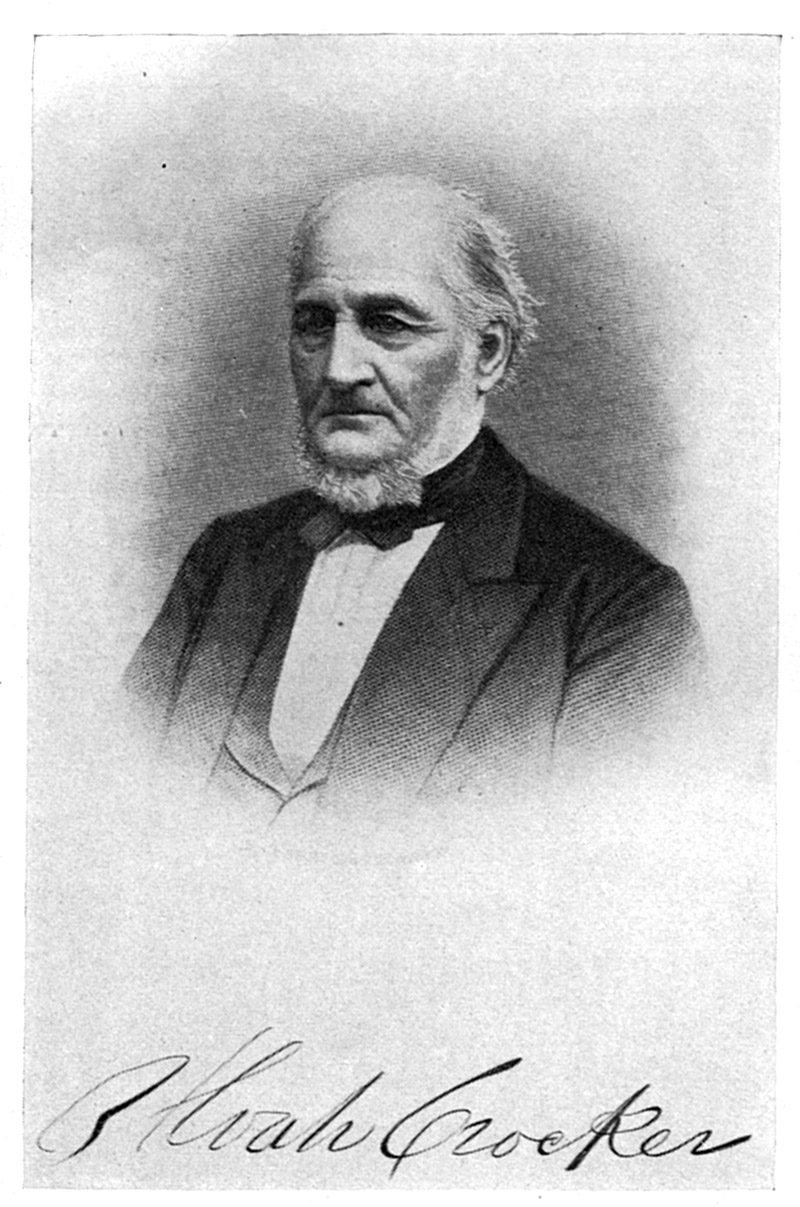 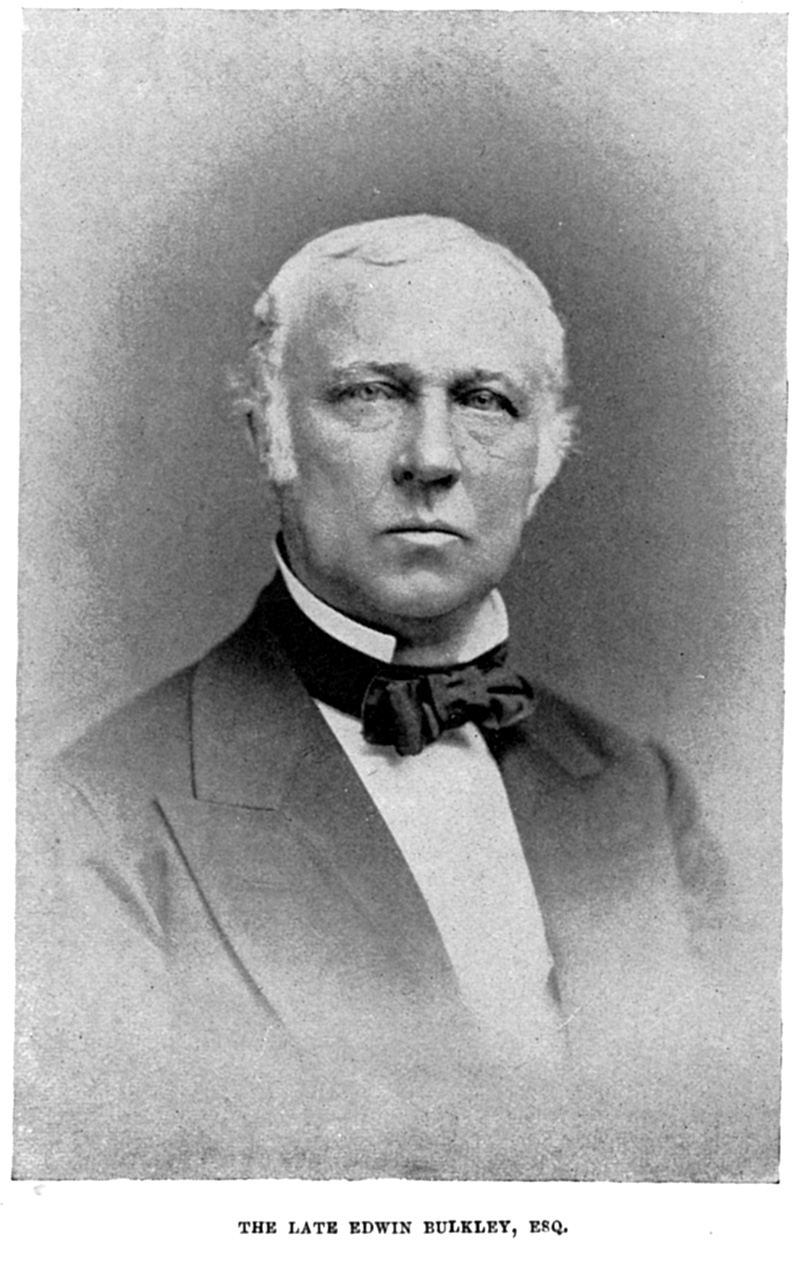 The original capital stock was $125,000, and upon this, in 1871, a three-story brick mill, 128 by 55 feet, was erected just west of the Russell company’s works, and the work of manufacturing news printing paper begun.

In 1872 the manufacture of book paper was inaugurated and to the production of these two kinds of paper the mill was for some time devoted; now the product is wholly news or ordinary printing paper. In 1874 the works were enlarged by the addition of a wing three stories in height and measuring 100 by 55 feet, and in 1875 the corporation purchased the works of the Turners Falls pulp company, directly east, and consisting of a two-story brick edifice, measuring 200 by 55 feet. The latter was soon afterward enlarged, so that now the company has the extended front shown in the engraving, of nearly six hundred feet.

From $125,000 capital stock the company has grown to the employment of $400,000 capital stock, although the amount actually invested is fully $700,000. The mill buildings are substantially built, mostly of wood and iron, except the roof, and are divided into ground wood and chemical fibre departments, rag assorting, bleaching and beating departments, the Fourdrinier paper-making machine room, mechanical and finishing departments. Growth has not only been the order of the past, but it is constantly continued, some very important improvements having been completed during the present year (1891). A new machine room was added and a new 84-inch Fourdrinier machine, the finest in the country. The remodeled steam plant, just completed when this publication went to press, has a handsomely proportioned chimney one hundred and twenty-five feet high, which will be a landmark to all the country around. Water-power, of course, is the motive force, and about 3000 horse power of this is required, but six hundred horse power of steam is used for heating the buildings in winter and in cooking the raw material and drying the paper. For this purpose the company use twenty tons of coal a day.

Since the acquirement of the works of the Turners Falls pulp company the Montague paper company have made all their own soda chemical fibre, now nearly twenty tons a day and supply themselves at present with all they need, for the thirty-five tons of paper daily turned out.

Worthy of note is the fact that the Montague paper company have the best supply of pure water for washing purposes of any news mill in existence, since they built their reservoir in Fall river. The water is like crystal and it is taken by gravity to the mill through a two-foot iron pipe.

Although most of the paper is delivered in the familiar roll form for the convenience of the web presses of the great city dailies, it is also furnished flat or in sheet form to such parties as so desire — indeed, about forty per cent of the mill product is in this form.

About 250 employes are with the corporation, and most of these have been long in service with the company, which has been singularly fortunate in thus retaining old and tried servants. Favored in its subordinate employes the Montague paper company has also been fortunate in its official management, among its former officers having been George E. Marshall, the well-known paper-maker, whose portrait will be found with that of late Director Edwin Bulkley, on this page. W. D. Russell, the present treasurer and manager of the corporation, succeeded Mr. Marshall in 1885, and of all the list of officers at the organization of the company in May, 1871, twenty years ago, as given in the first column on this page, but two are now living, Messrs. Farren and Pagenstecher.

The present officers of the Montague paper company are as follows:

Among the more notable of the losses by death, which the Montague company has had to sustain in its directory, are those of George E. Marshall and Edwin Bulkley, and more than passing mention is called for concerning them particularly Mr. Marshall, in this connection, on account of his interest in paper manufacture.

George E. Marshall was a native of Lunenburg, Mass., and his father being a paper manufacturer he became early interested in that branch of industry, and at the early age of twenty (about the same age as Col. Crocker) he had acquired a thorough knowledge of the business as carried on at that day. He first went to Nashville, Tenn., for a short time and returning east he was four years foreman in a paper mill at Lawrence, Mass., was three years manager of paper mills at West Newton, Pa., then went to Louisville, Ky., and superintended the erection of the paper mills in that city —the pioneer works in the west for the manufacture of super-calendered book papers. Mr. Marshall superintended the construction of a mill for the same parties at Laurel, Ind., for the manufacture of chemical wood and straw pulp. He remained there eight years and through the solicitation of Col. Alvah Crocker he was induced to take charge of the erection and fitting up of the Montague paper company’s mill and was its manager thereafter until his death, in 1885. He was elected treasurer of the company in 1873. During his long experience as a paper manufacturer Mr. Marshall took out quite a number of patents covering processes for producing chemical and mechanically prepared pulps for paper and improvements in machinery. A gentleman well posted in the paper trade once said that “Mr. Marshall could make more and better paper out of a given amount of stock than any man living.”