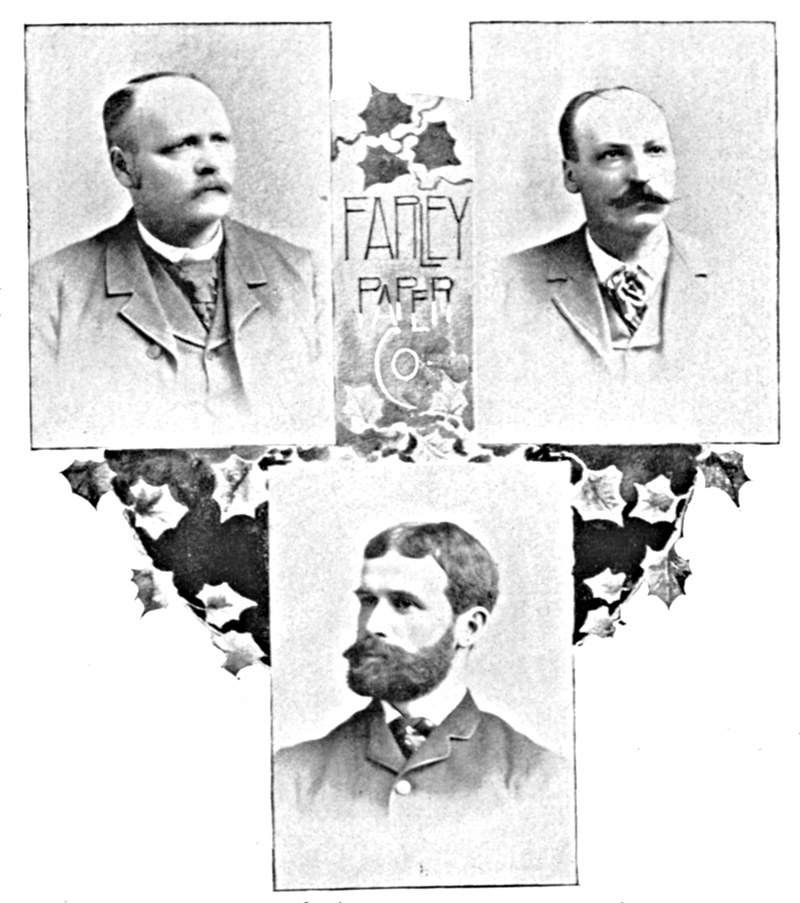 The picturesque mill, river and valley scene portrayed on this page shows the paper works and a part of the thriving little village of Farley, in the town of Erving. Here the Farley paper company have built up a great enterprise and the little village, started on wild land in 1883, already boasts a depot, post-office and store facilities. The genesis of the business was made by the brothers J. B. and D. E. Farley, at Wendell Depot in 1881 and they continued manufacturing there some time after their establishment in Farley. In 1890 the mill at Wendell was destroyed and they removed altogether, building an addition to the present mill, and making practically two mills. When the company first came to their present location they took in as partner Geo. E. Monroe and took up twenty-five acres of land generally considered worthless. They first built the paper pulp mill and dam and later the towns of Wendell and Erving united in building the bridge. In 1888 they built the paper mill and have now one of the best equipped pulp and paper manufacturing establishments in this part of the country, making use of 500 h. p. of water and 50 h. p. of steam. The entire length of the plant is 368 feet and the mills are substantially built of brick and stone. Aside from the mills proper the company have the needed drying and store-houses, and the equipment of the paper mill comprises two large cylinder machines with a capacity of 20,000 pounds per day. Three grinding machines, furnish pulp and the mills are run day and night to supply the demand for the product, which is mostly box and lithograph card paper. The amount of capital invested is over $100,000 and the company pay over $1000 monthly in freight bills.

On the twenty-five acre tract of land taken up by the Farley company great improvements have been made aside from the mill plant. They have, aside from the mills, dry-houses, storehouses, etc., six houses, all but one built the last year ; they have room to build several more and another large paper mill or factory. They own another water power, just below, of twelve or fourteen feet head and fall. This power can be made easily available by means of electric motors, using the lower water power to run the dynamo to develop the electricity. This would only have to be conveyed about one-third of a mile. On the north side of the river they have some fifty acres of land beautifully located on an elevation some forty feet above the river. To connect the plant with the lands on that side, the iron bridge already described, of substantial quality was constructed just below the mill dam and a road laid and well arranged for the public convenience. The new streets were worked by the town of Erving. On the north (side D. E.Farley and George E. Monroe have built fine residences, with all the modern appliances, bath rooms, hot and cold water, furnaces, fine sew-erage and every convenience.

The scenic beauties of the place also deserve some mention. At the north, east and west there is a beautiful mountain with almost per­pendicular sides of solid granite rock. There are many deep crevices or caves; the mouth of one is some seventy-five rods or so north-west from Mr. Farley’s house. West of his house is a fine grove of trees, while some three-fourths of a mile east is plainly visible the mountain side cottage of the Erving hermit. The river, dam, the mills, the cottages beyond, the railroad with its long trains steaming along, and beyond these the endless growth of wood, taken altogether, make a charming picture.

The firm has the advantage of unusual capability and business experience in its make up. The Messrs. Farley are natives of Colrain and are identified with other business enterprises of note, in Orange and elsewhere. George E. Monroe, the other member of the firm, is a native of Boston and a son of the well-known ” Templeton” of journalistic fame. All three are in the prime of life and vigor and have evidently entered upon an important and successful career.

Connected with the mill are knitting works, where, in the basement, some twenty Lamb knitting-machines are in operation by as many young women. The product of this industry is about 10,000 dozen mittens a year, or 120,000 pairs for both gentlemen and ladies, of both worsted and woolen goods. D. E. Farley has this business more particularly in charge, but business communications should be addressed to the Farley Company. 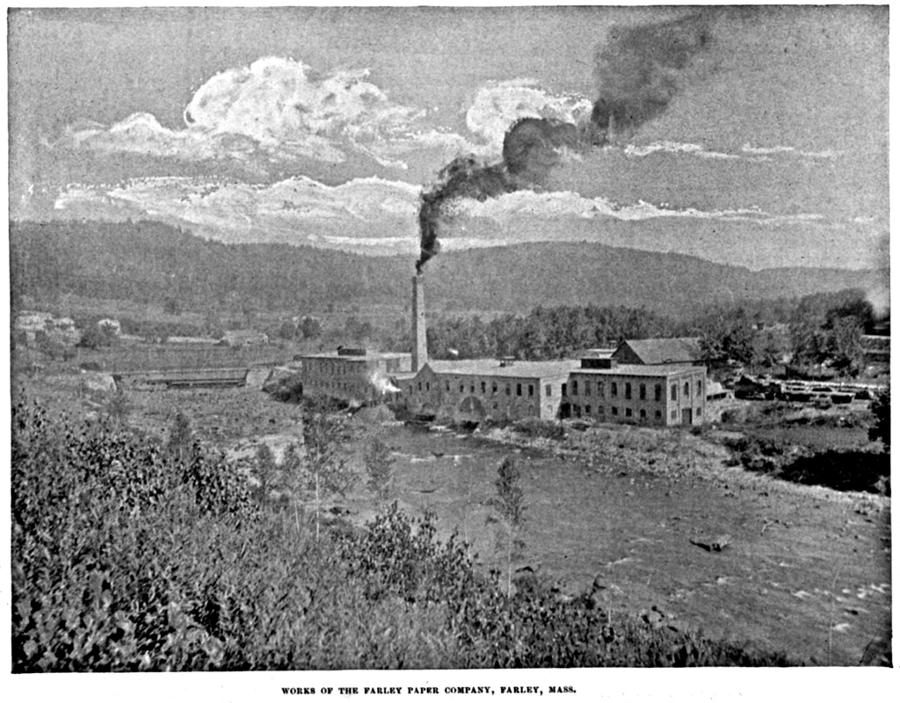