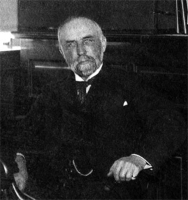 Fred Elisha Wells is one of the founding fathers of our global screw thread cutting tool industry. In 1900, the newly formed F. E. Wells & Son Company began producing their recently patented “Economy” die for threading pipes. These following pictures were taken at their facility between Beacon and Riddell Streets, in Greenfield MA. The office calendar dates these photos to March, 1906. 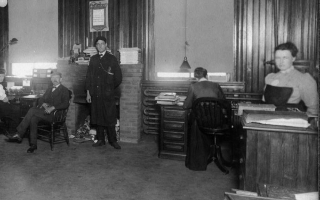 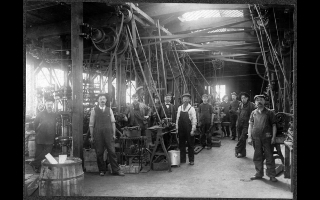 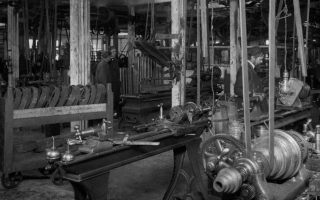 FE Wells was a true innovator in the thread cutting industry. He holds several patents related to taps, dies and the manufacturing of them. Several years ago the Museum was contacted by a direct relative that graciously allowed us to scan and transcribe his autobiography that is a fascinating look into both the man, the times he lived in and critical events in Industrial History at the turn of the century.

The PDF version of the FE Wells autobiography is available HERE