DuMont corporation was a Greenfield manufacturer of broaches incorporated in 1947. They are known for their "Minute Man" style of push broaches. They were acquired by Pilot Precision who still manufacture their products in a new facility in South Deerfield Massachusetts. They are still the largest supplier of push-broaches in the world.

Starting in 1922, W. Beltram duMont worked for the sales and export department of GTD and moved up in the corporation to department head and later held the same position at Threadwell. In 1947 he started his own business to manufacture his own line of cutting tools including the "Minute Man" line of keyway broaches. The business grew to include his nephews, William W. and John S. who were also involved in two other companies. - The Corporation Manufacturing Specialty Tool Co. and Production Machine co. All three were located within a few blocks on Wells Street. 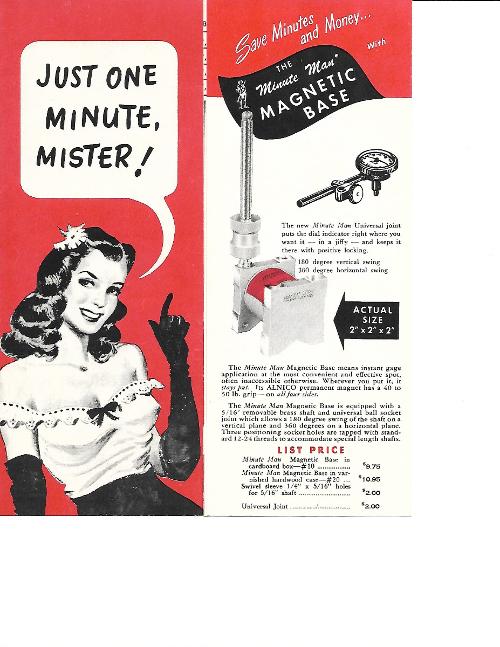