History of the Mill Site

WELCOME TO THE NEWELL SNOW FACTORY
& MUSEUM of our INDUSTRIAL HERITAGE

The buildings on this site are the survivors of a chain of metal working mills that stretched along the Green River and linked Franklin County with the wider Connecticut Valley industrial corridor that stretched from Windsor Vermont to New Haven Connecticut via the Cheapside River Port near the confluence of the Deerfield and Connecticut Rivers about a mile south.

There have been varied industrial enterprises on this site continually from as early as 1699 including what was considered to be, in 1784, America’s first industrial park, COLONEL MOORE’S six story wooden mill housing several industrial trades. This operation attracted craftsman and manufacturers from all over New England and included: Flour Mill, Nail Maker, Potash Operation for glass making, Ginseng Prep Shop and a Tallow House.

In 1820 an iron foundry operated by Jones and Thompson operated on the site and was powered by excess power from the grain mill. Later it would become Felt and Co. iron foundry which cast weights for the town clock in 1869.

The construction of the current complex was financed by a Greenfield entrepreneur named NEWELL SNOW who added on a series of brick additions in the 1870’s through the 1890’s to the wooden building which was built in approximately1835 and was moved to this location from across the street we believe in the late 1860's -1870’s. The museum is housed in this building now.

Newell Snow built the additions to accommodate the WELLS BROTHERS and their “LITTLE GIANT” brand cutting tools. Snow’s Son FRANKLIN E. SNOW joined as salesman and the company became WELLS BROS. & COMPANY. This was the beginning of the GREENFIELD TAP&DIE industry and by 1912 the town of Greenfield was know around the world and was one of the wealthiest places in the world. Newell Snow would become the second president of the GREENFIELD SAVINGS BANK.

Between 1906 and 1920 early pioneers in the Mass Production of Cutlery Nichols Bros. Cutlery operated here, A woman's hat manufacturing company operated here and for a time the Greenfield Electric Light Company owned the property. This is the period when the fire destroyed the bridge, dam and grain mill and the power dam was constructed.

This surviving building complex continues to be a working mill and presently houses, in addition to the Museum, several Artists, Craftsmen and Tradesmen making their living here. They all are special talented people who's reverence for our history helps fulfill part of the museum's mission - to keep the mill a place for active creative enterprises. Here is some of the current and past occupants that have launched successful studios.

And a special mention of Frank Gregory Studios and Astrid Sheckels Fine Art of the current group of Artists Frank and Astrid have been at the mill the longest and have been a good stewarts of the mill building and good friends of the Museum.

The history of this site is a work in progress and there are gaps in our understanding of all the activity and buildings on the site. Here are links to the story so far. Maps show the buildings and companies occupying the site in the early 1800's. 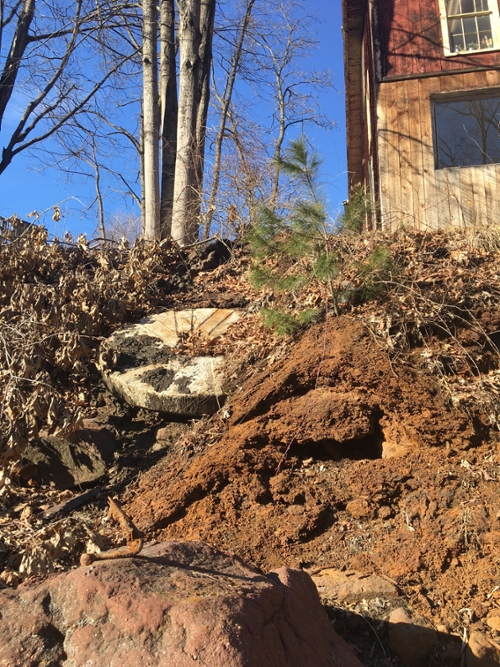 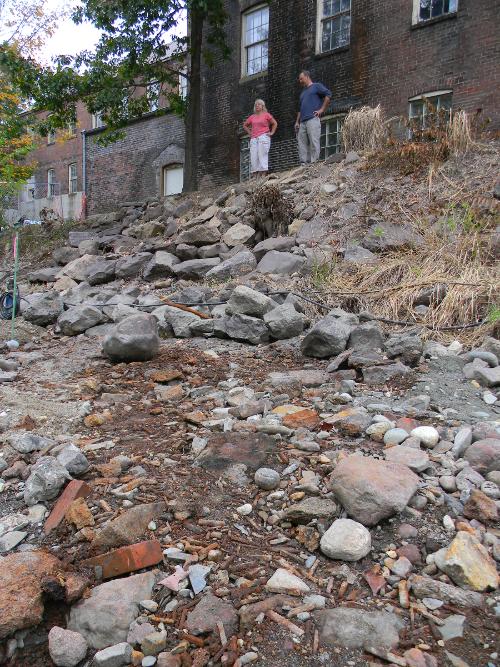 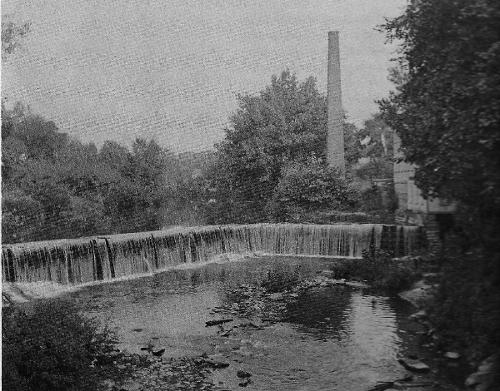 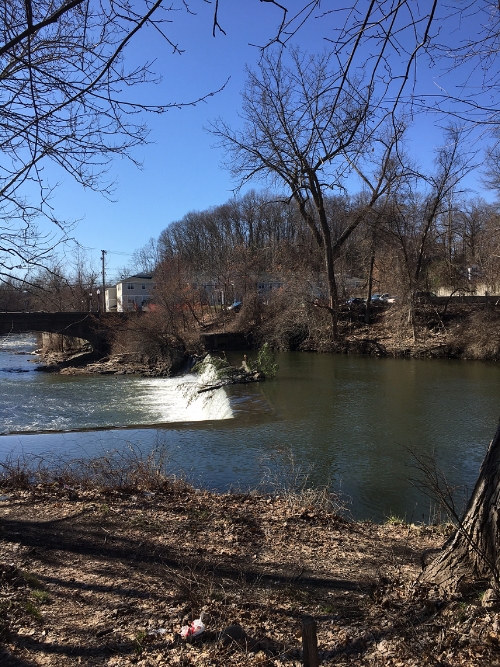 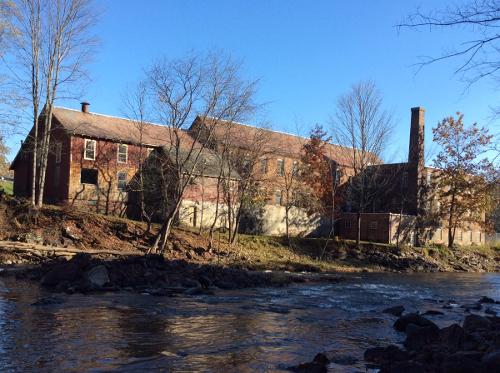 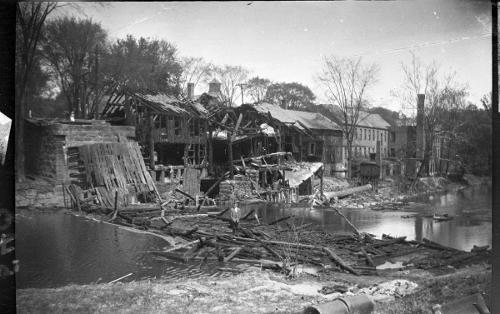 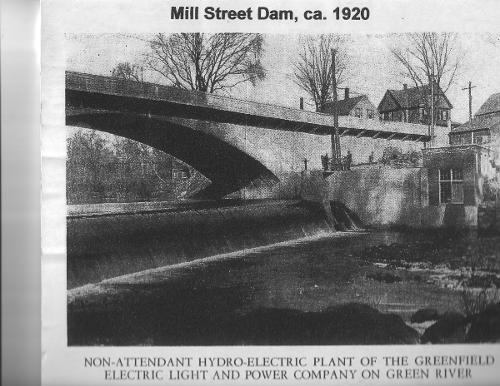 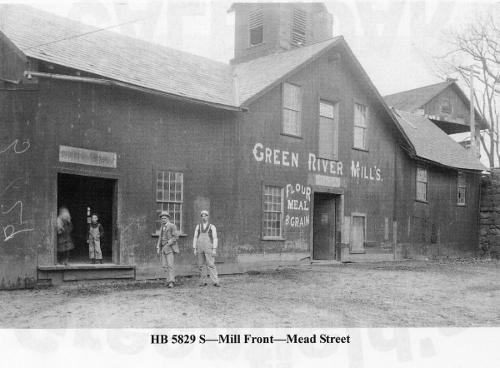 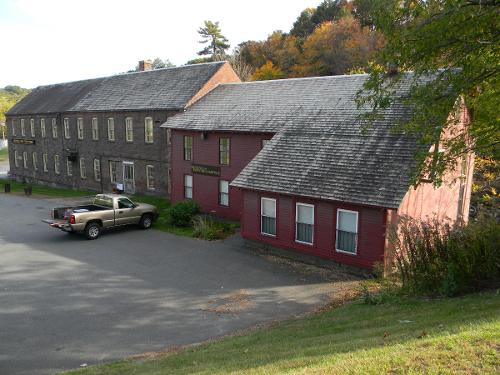 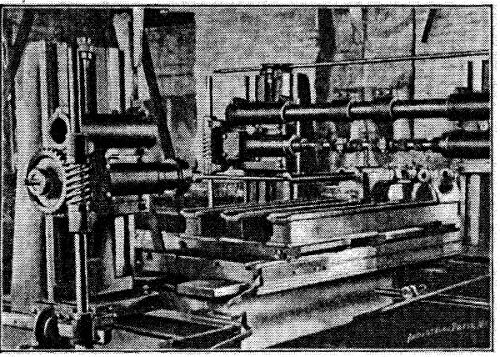 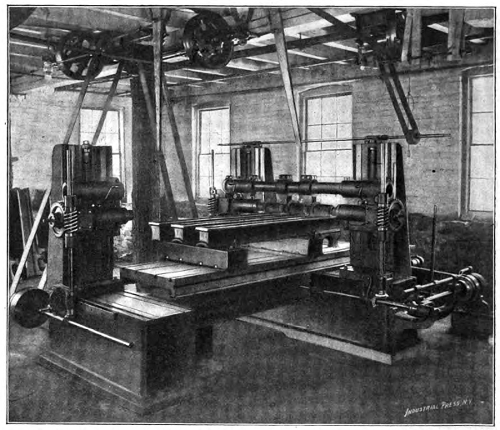 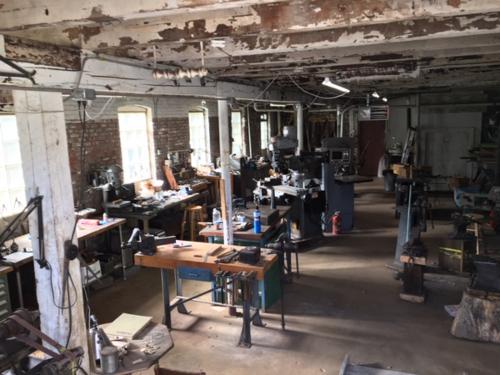 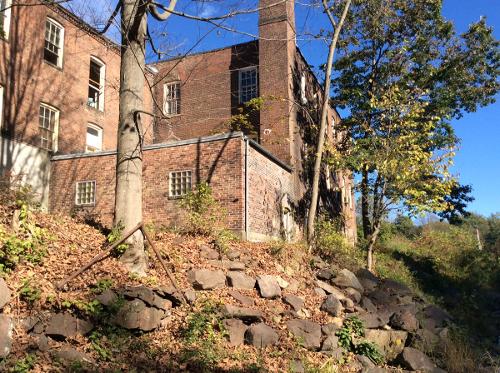 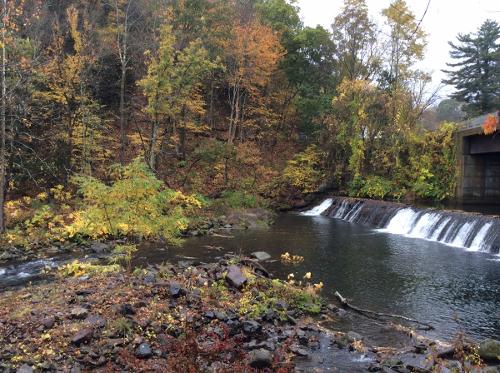 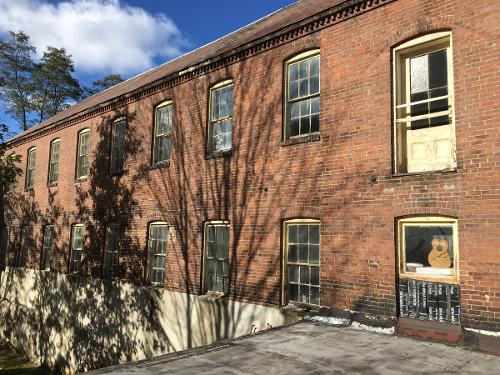 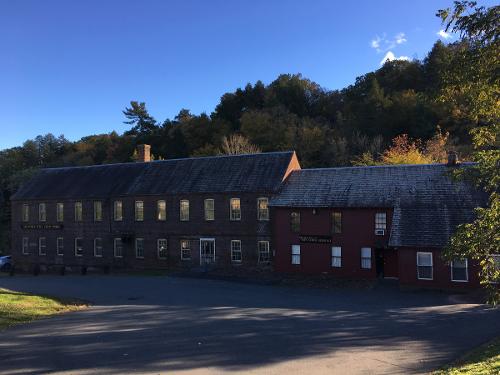 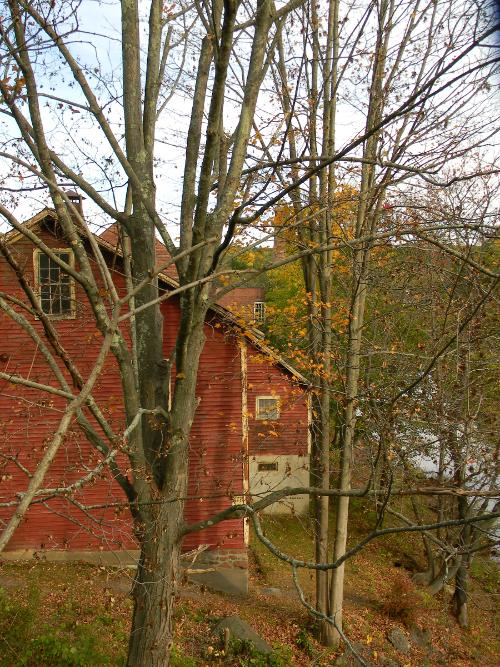